•Melanoma is the most dangerous form of skin cancer. Melanoma kills more young Australians than any other cancer, and is caused predominantly by over-exposure to the sun.
•Skin cancer occurs when skin cells are damaged by overexposure to ultraviolet (UV) radiation from the sun. There are different types of skin cancers, with melanoma being the most dangerous.
•Australia has one of the highest melanoma rates in the world with Queensland having the highest rates among the states and territories. Excluding non-melanoma skin cancer, melanoma is the third most common cancer in Australians.
•Melanoma is the most common cancer in young Australians (15–39 year olds) making up 20% of all their cancer cases. Melanoma kills more young Australians (20–39 year olds) than any other single cancer.
•By the time they reach 70, two in three Australians will have been diagnosed with skin cancer and each year more than 750 000 of them are treated for one or more nonmelanoma skin cancers.
Source: Cancer Council Australia (January 2018). Skin cancer.
Accessed 24 November 2018 from http://www.cancer.org.au/about-cancer/types-of-cancer/skin-cancer.html)
Find out more about skin cancer prevention

Skin cancer is a disease of the body’s skin cells. It is usually caused by the sun’s ultraviolet radiation damaging the skin cells. When the skin cells die or are damaged, more skin cells are produced to replace them. Sometimes, this regrowth becomes disordered and cells multiply and form a tumour (or growth). The tumour can continue to grow and destroy healthy cells.

The impact of the sun’s rays

People most at risk

All skin types can be damaged by exposure to ultraviolet radiation. Excessive exposure in the first 20 years of life is very dangerous. While some people such as naturally dark (or olive) skinned people have skin types that are less likely to burn, they are still at risk of developing skin cancer. However, the risk is lower. Dark-skinned people still get skin cancer, but their skin cancers may develop in unusual places, for example under their fingernails or on the soles of their feet.

Skin cancers can occur anywhere on the body, but are usually found on those parts of the body that are regularly exposed to the sun:

For both males and females, the face and arms are the areas of the body most commonly affected by non-melanoma skin cancer.

Males often develop dangerous melanomas on the back and shoulders.

Note that melanomas are not confined to these sites. Skin cancers can occur anywhere, but they are rarely found on areas of skin that are always shielded from the sun.

There are three main types of skin cancer: 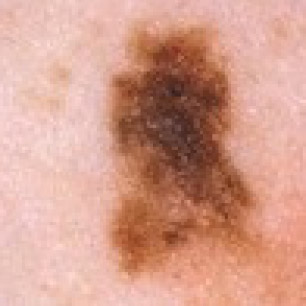 •Most dangerous but least common type of skin cancer.
•If treated early, nearly all melanomas can be cured.
•If left untreated, cancer cells can spread throughout the body.
•Cause most deaths from skin cancer.
•Warning signs include:
–a new spot or existing spot that changes
–a mole that grows quickly
–a mole that changes in colour or shape
–a skin spot that bleeds easily or itches.

•Non-melanoma skin cancer that is common.
•Can spread to other parts of the body if left untreated.
•Can nearly always be cured.
•Warning signs include:
–flat scaly patches or sores that won’t heal and might bleed easily. 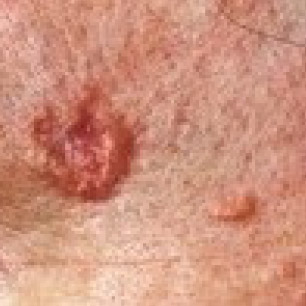 •Non-melanoma skin cancer.
•Most common form of skin cancer.
•Easily treated in most cases.
•Can be disfiguring if left untreated.
•Warning signs include:
–a small lump or scaly patch that might
·have a pearly appearance
·become ulcerated.

Adapted from About skin cancer at www.sunsmart.com.au/skin-cancer/about-skin-cancer

At a glance—Skin cancer statistics

Incidence of melanoma in Australia
(number of NEW cases per 100,000 people)

Mortality (deaths) in Australia due to melanoma

Table 3. Number of deaths and mortality rates for melanoma, by state and territory, 2008–2012

Download Fact file B: At a glance—Skin cancer statistics

At a glance—Skin cancer statistics

About Fashion for the Sun

Fashion for the Sun curriculum links

Fashion for the Sun at each band level